A Nigerian man identified as Mustapha Jokolo has left many Nigerians in shock after he revealed details of what he did to make his wife more respectful. According to him, he was a good husband to his wife and decided to open up a business for her as a her source of income.

With time, the business started blossoming earning her lots of money and could not stop stop sharing details of the success with her husband. Rather than celebrate her achievements, he went on to device a plan to take over the business which he had started for her. Taking to his Facebook to justify his actions, Mustapha claimed she had became to independent and boastful and he found it hard to take it in.

“I personally opened a shop for her, she sells clothes for male and female, I stocked the shop and made her a boss, recently all I do hear from her is ‘I can take care of myself, I can stand on my own I am a boss lady and all’,” wrote Mustapha. He first sent robbers to empty the shop and proceeded to burn it down but controlled the fire and made sure he settled with the owner of the building on damages. “I sent people to rob her shop, use trailer to pack everything including the doors and show glass overnight, I paid the security people because they knew me very well, I set part of the building on fire but controlled it,” he went on.

But according to the man, the result of his ‘clipping her wings’ is paying off, although he is now unhappy since she uses her free time to monitor him. “Now she is back to being my wife, takes time to satisfy me in bed and cook my meal, no more in a hurry to talk back when I talk to her, now she is so humble,” he said. He is now unable to enjoy his extra-marital affairs as much as he used to do before as she goes about beating young girls around the man.

This however did not go well with many social media users who thought he stooped to low just to make sure his wife started seeing him as her lord and majesty again.

3 things every man is worried about on his first date

WANT TO DATE A WRITER? HERE ARE 5 THINGS YOU NEED TO KNOW FIRST! 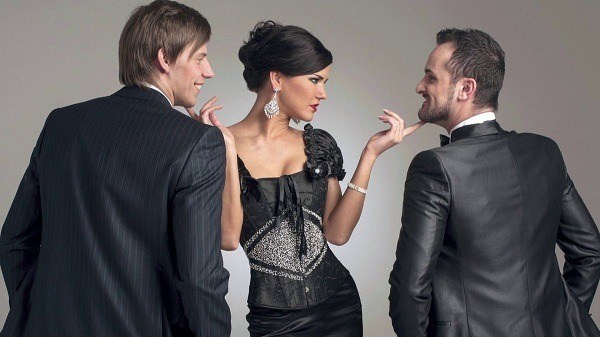