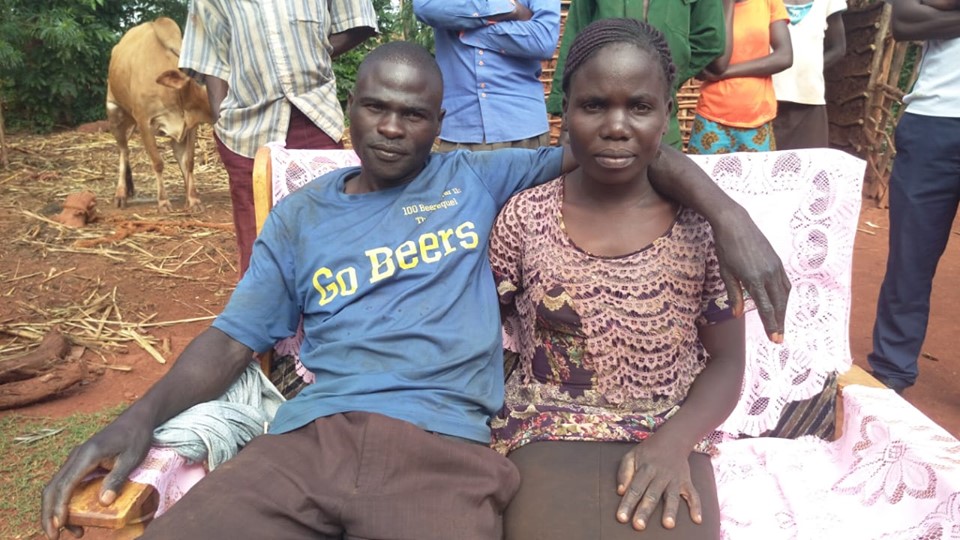 Two women in Busia county have exchanged husbands in one of the most bizarre cases of couple swapping.

Lilian Weta, 28, who is a mother of three and Millicent Auma, 29, and a mother of two became online sensations after it emerged the two had traded husbands in an effort to find ‘happiness’.

This occurred after Lilian’s husband only identified as Kevin married Millicent as his second wife yet she was married by another man, Christopher Abwire, who she deserted. Hurt by her husband’s decision, Lilian decided to go for Christopher, Millicent’s man, and convinced him to marry her, which he bizarrely agreed to.

According to Christopher who spoke to members of the press at his home, Millicent left him and varnished only for him to learn she had been married elsewhere.

The two couples finally met after one of the women raised issues over the switch according to Tuko.co.ke. Well, it is after the meeting that both parties peacefully agreed to live the way they were in a move that made headlines Millicent’s new hubby Kevin revealed he was finally happy after the switch as the new wife gave him peace of mind.

Bugzy Malone ‘Lucky To Be Alive’ After Quad Biking Accident

James Bond guns worth £100,000 and used in movies are stolen from North London home

5 things to do when you suspect your partner is cheating

5 things to consider before buying a new laptop

Things you should never do immediately after meals